From 1 July 2015 all schools are subject to a duty under section 26 of the Counter-Terrorism and Security Act 2015, in the exercise of their functions, to have “due regard to the need to prevent people from being drawn into terrorism”. The statutory guidance refers to the importance of Prevent awareness training to equip staff to identify children at risk of being drawn into terrorism and to challenge extremist ideas. The Home Office has developed a core training product for this purpose – Workshop to Raise Awareness of Prevent (WRAP). All our staff have received WRAP training sessions from the police on what Prevent is about and how to deal with any issues they may see inside or outside school. All staff have also completed an online training course.

What is the Prevent strategy?

Prevent is a government strategy designed to stop people becoming terrorists or supporting terrorist or extremist causes. The Prevent strategy covers all types of terrorism and extremism, including the extreme right wing, violent groups and other causes.

How does the Prevent strategy apply to schools?

From July 2015 all schools (as well as other organisations) have a duty to safeguard children from radicalisation and extremism. This means we have a responsibility to protect children from extremist and violent views the same way we protect them from drugs or gang violence. Importantly, we can provide a safe place for pupils to discuss these issues so they better understand how to protect themselves.

What does this mean in practice?

Many of the things we already do in school to help children become positive, happy members of society also contribute to the Prevent strategy.

We will also protect children from the risk of radicalisation, for example by using filters on the internet to make sure they can’t access extremist and terrorist material, or by vetting visitors who come into school to work with pupils.

How does Prevent relate to British values?

Schools have been required to promote British values since 2014, and this will continue to be part of our response to the Prevent strategy.

Is extremism really a risk in our area?

Extremism can take many forms, including political, religious and misogynistic extremism. Some of these may be a bigger threat in our area than others. We will give children the skills to protect them from any extremist views they may encounter, now or later in their lives.

Welcoming our new Phunky Ambassadors from @BadgerHillYork! We have four extremely enthusiastic and positive Ambassadors, raring to share the #Striveforfive message throughout their school! Exciting times ahead! #inspiringhealthyfutures #PhunkyAmbassadors 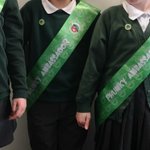 Thank you for inviting us, the children had an excellent time planting the trees and we look forward to coming back to see how much they have grown. 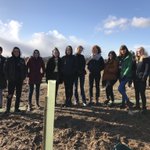 We look forward to seeing you soon!

This Tuesday, 11 February 2020, for #SaferInternetDay, we’ll be millions, joining forces all around the globe, “Together for a better internet”! Will you be one of us? Find out how you can join the movement at https://t.co/4uJi0OixGQ 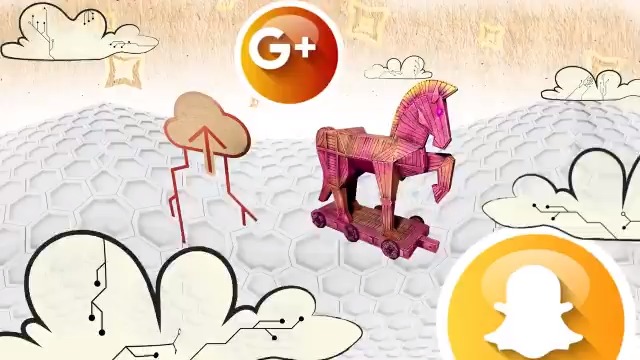 Little Badgers will be hosting a cake sale at school from 3pm tonight after the success of their coffee morning at the weekend that raised a superb £377.

KS2 - If you would like to take part in the 'Composer of the Month' competition, don't forget all entries need to be in by this Friday 31.1.20. Results on Tuesday in Singing Assembly. Good luck!

You are very welcome! It was wonderful to see all of the children thoroughly enjoying their Maths work!

Congratulations to the Year 6 Maths team who performed extremely well at the National Young Mathematician’s Award today, we look forward to the results hopefully next week! 👏👍 @ExploreLearning

Who Fancies A Free Ticket For This Saturday's @YorkCityFC Vs @KTFCOfficial Fixture 3pm KO?

Help us spread the message and support the team! 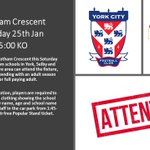 Waiting for the real thing to begin 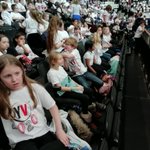 Our coach is parked 5th row back in the arena for when you need to collect children. Smaller York Pullman.

We use Google Analytics to monitor the activity on our website to improve its usability and performance. You can disable these cookies by unchecking the box below.

We use third party services on our website to improve its functionality. You can disable these services by unchecking the boxes below.